Getting Unstuck – Pushing Through The Fear 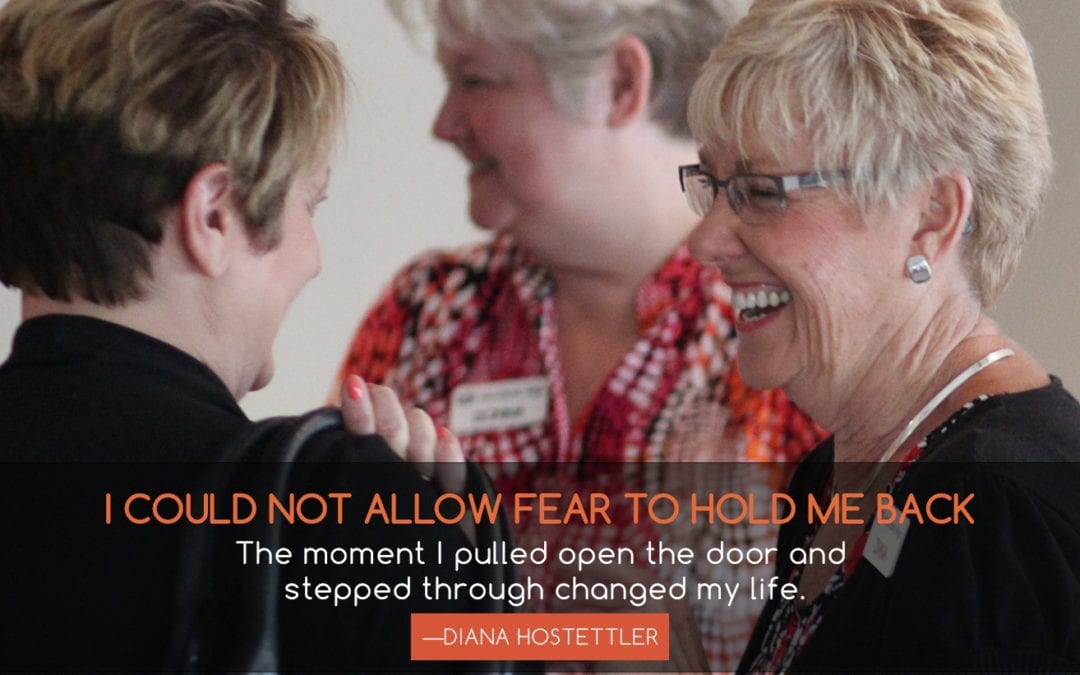 Afraid of everything… that was me growing up. I was always scared of the monster under the bed or in my closet. I never wanted to be out in the dark… fraidy cat.

As I began to think about my life and ponder how to approach the topic of “Getting Unstuck-What is Holding You Back,” I discovered that I have addressed this issue many times and have come a long way!

I was divorced and on my own for the first time at 41 years old. Surrounded by memories and not sure how I was going to move forward, I made the monumental decision that I was going to leave Mansfield, my best friends, my home, and my parents to create a new life for myself. Excited, petrified and determined, I found a job and an apartment and began a new life in Columbus not knowing anyone but determined that I would make it. So, my puppy dog, Jasper, and I moved on April Fools Day to begin our new life!! Many people told me I was crazy to do this, but the fear of “Being Stuck” was more significant than fear of failure!

Being the only person I could count on to keep a roof over our head was frightening at times but also pushed me to work harder and succeed. My first position was with the Placement Service I enlisted as a means of securing a job in this new city. It was fascinating and I met a lot of really nice people. About 18 months in, the company announced that we would no longer be using paper files. We would have everything on a computer for easy access. Panic set in! I had never used a computer and had no idea how to do so. My dilemma was to either learn how to use the computer or get a new job. I learned so that I could continue with this company. I never realized that this knowledge would open up a whole new world for me!

I was at my first position in Columbus for almost three years, when introduced to the General Manager of a company where a wonderful new friend worked. They were looking for an Administrative Assistant. I got the job and proceeded to work my way up. As our division grew, my responsibilities changed. When downsizing closed our division, I was the Divisional Office Manager and the “right hand” to the Division President. I loved my job, and at eight years, I would have stayed forever! So… here I go again. Terrified but determined, I decided to try something totally out of my comfort zone (which seems to be the place that I find myself in most often). I was hired as the Showroom Manager for a blind and drapery company. What was I thinking?

I had no experience, no idea what I was doing, but was determined not to allow fear to hold me back. (Noticing a Theme in My Life?) Four years into this position, a wonderful old friend called me to ask that I come and work with her. I became the Assistant General Manager for a Co-Working Company. When she left the company, I took over the helm which was way out of my comfort zone, but, with support from my boss and clients, we moved ahead.

Fear was weighing me down

Let me share a secret; I had this enormous fear of walking into a room full of people and not knowing anyone. I wasn’t much better when I knew I had someone waiting for me. My dad always encouraged me to go into sales, but I knew that would never happen. Fear is a powerful deterrent.

Six months into my position as General Manager, the company decided that I would be required to go out into the community to make our company name known to all! I was determined that I could not allow fear to hold me back. So, I walked into the Hilton Polaris; a networking event with 500+ people, not knowing if I would recognize anyone. The moment I pulled open that door and stepped through changed my life. I felt a weight lift off my shoulders. A weight, I carried most of my life.

20 years later, I moved back to Mansfield and became involved in the downtown area and all the exciting growth taking place.

As my life continues, I still have to walk through doors not knowing what I will encounter, but now I have the confidence to handle anything that comes my way!

So… Getting Unstuck, What is holding you back? Mine was fear of the unknown. What is yours? Once you face that fear and realize that it does not control you any longer, there is not going to be anything you cannot do. Believe in the Power of You!

I retired in 2010 from a General Manager’s position in Worthington, Ohio to continue caring for my parents in Galion.

In 2011, I moved back to Mansfield after being gone for 21 years and purchased my home. I found a part-time position with Chuck Hahn as his Marketing Assistant. Through my work, I have become involved with many non-profits and have met so many truly amazing people in downtown and the surrounding areas. In 2015, I met Annamarie Fernyak and became involved with her new venture, Mind Body Align. Again, another amazing experience!! Now, I am also working with Renee Schambre at Healthy Transformation in Marketing.

I have two sons, Christopher and Scott, and I have 2 granddaughters, Chalee and Camille.

I am truly blessed to have found such a fulfilling life!!