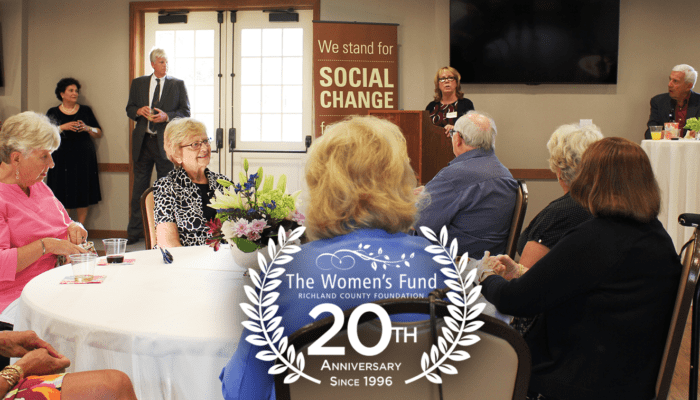 Established to support projects that support women and empower them to lead happier, more fulfilling lives. Examples include, but are not limited to: alternative wellness, women’s entrepreneurship, yoga for under-served populations, healthy foods initiatives, arts & culture, and professional development.

Annamarie Fernyak created Mind Body Align which is located at The Butterfly House, 20 North Mulberry Street in Mansfield to facilitate collaboration and to provide opportunities for personal and professional growth for women.

Formed in 1996 to help meet the unique needs of women and girls. The role of women has changed much since then, and the Women’s Fund will continue to adapt as our community evolves.

The Women’s Fund began as a concept of Linda Smith, who envisioned an endowed fund to encourage philanthropy among Richland County women and to provide funding to 501c3 programming that supports women and girls.

“I grew up in a very supportive encouraging family, something that I took for granted.  As I grew older, I came to understand the many unique challenges women face and the difference having a strong support system could make in your life.  I felt strongly about helping other women, and fortunately so do many others,” said Smith.

Smith and then Foundation President Pam Siegenthaler reached out to people in the community to discuss the idea of a fund especially for women. A core group became interested, committed, and joined the effort to establish the fund.

The founding members felt working with the Foundation would provide trusted fiscal oversight as well as respect in the community.

The fund was established in 1996 and is one of more than 335 charitable funds at the Foundation. Past and current advisory committee members along with its donors celebrate the fund total which now exceeds $1,000,000.

Since its inception the Women’s Fund has awarded 137 grants to local nonprofit organizations that support women and girls and 29 scholarships to women who are non-traditional students attending local colleges totaling over $285,000.

In addition to annual grants, the Women’s Fund provides college scholarships to nontraditional female students, awards the JoAnn Dutton Award to honor volunteerism, and conducts a Mother’s Day Fundraiser as a way for people to honor the special women in their lives.

Applicants for grants from the MBA Fund and Women’s Fund must be a 501c3.

Maura is director of donor services and communications at the Richland County Foundation. Her duties include internal and external communication and community collaboration.

She is experienced in public relations, writing and broadcasting – all of which are useful in her current position, which requires her to be versatile, flexible, organized, deadline-oriented and customer-service focused.