Community: Something Bigger Than Myself 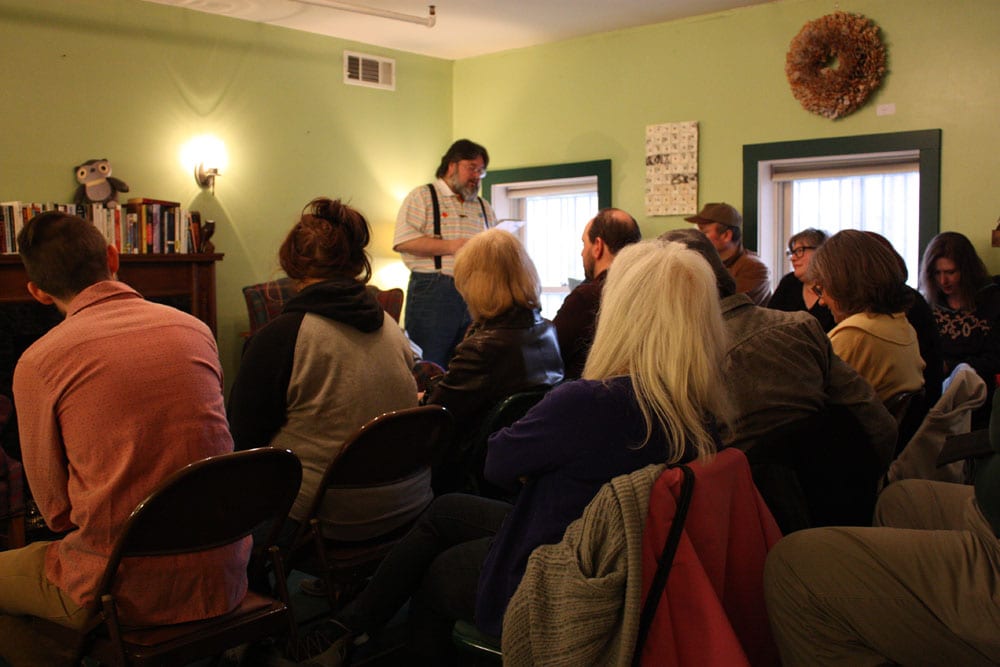 Community used to be a nebulous concept for me. Sure, I belonged to communities before now: The writers’ community in Boston, a spiky, jealous, yet reluctantly supportive group of nascent authors. The expat Ohioans living in Washington DC, who spoke exclusively and longingly about the Indians and Great Lakes Christmas Ale. Even the honors dorm in college became a community, where nerds of every stripe unified behind underage drinking.

If pressed to give a definition, I would have said community was a group of people united by place, occupation, or interest; ideally it looked something like Sesame Street, but without Oscar the Grouch. A community seemed like a helpful but somewhat archaic thing, much like pay phones and encyclopedias. Surely the collective knowledge of the Internet was really all I needed. It never occurred to me that I may ever want to accomplish something bigger than what I could do alone.

I grew up around Mansfield, Ohio, and left town after high school. After college at Ohio University I spent eight years on the east coast. When I moved back home in 2011, I was broke, discouraged, and above all, lonely. I was surprised and thrilled by the warmth with which I was welcomed into both the artist and downtown communities.

One summer evening, not long after I moved back home, I sat by myself on a bar patio, rereading To Kill a Mockingbird. I was feeling friendless and was pretty low on confidence. Next to me was a string of rowdy tables, packed with people about my age, laughing and enjoying themselves. It wasn’t long before they invited me to join their group, bought me a beer, and became the friends I hold dear as my closest today. Since then, I have tried my best to do the same for other new members of the community. Also, in the years between then and now, I came to learn how community is truly defined, both in words and actions.

Community is not just a physical place, but also an emotional one.

It is composed of a multitude of sometimes very different people working toward a similar goal. It is greater than the sum of its parts. It is a positive zone of thinking, a shared mindset where, no matter how truly annoying your neighbor is, you can work together for the betterment of all involved.

In downtown Mansfield where I work, community means taking care of each other. I had not experienced this kind of community before as an adult: more family than anything. We send our friends and customers to other downtown stores and we all pitch in to keep Homeless Garry warm in the winter. We loan each other our tables, chairs, rock salt, ladders, wine openers, employees, and cars. We joke, we gossip, we give advice.

Now that I feel established, strong, I can help all of us achieve something none of us could do alone: our dreams.

Look around you: who else sees what you see?

Who shares your vision and sees the possibilities you see?

Imagine what you could accomplish, if you had a little help.

Llalan Fowler is a Mansfield native. She has worked as the manager of Main Street Books for five years. She is also the secretary of the Renaissance Performing Arts Board of Directors, a convener for the RCDG Arts Sector, and a founding member of the Mansfield Murals project. She writes the weekly “Downtowner” column for the Mansfield News Journal, the Bookstore Lady Blog on the bookstore website, and a bi-weekly column called “Just Add Beer” for the food and drink blog PitchKnives & ButterForks.