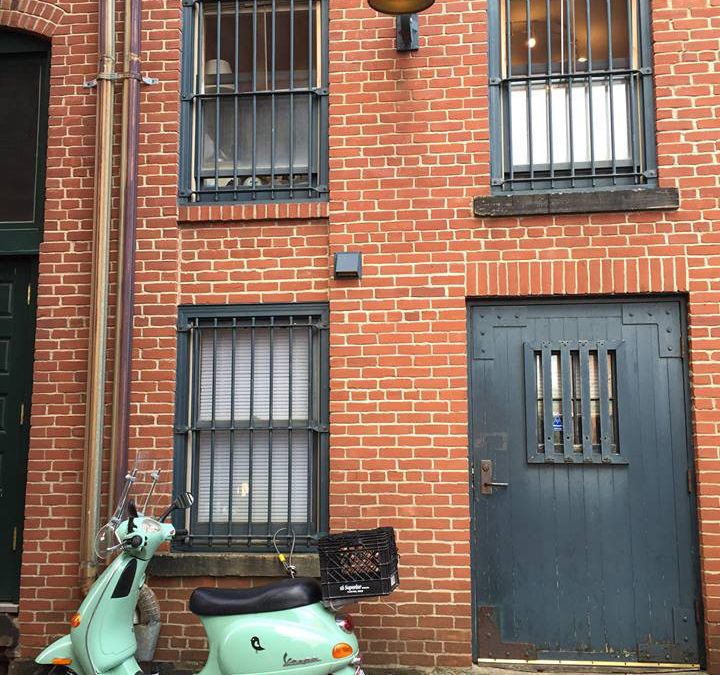 “I want to be a secretary like my mom.” As a child, that was my response every time someone had asked what I wanted my future career to be. Like many children, I aspired for my life to reflect those around me… after all, that was what I knew.

Whether I lacked creativity, bravery or just knowledge, I never imagined a career outside of the walls I had grown up with.

Even in high school, after a tragedy struck my family, I was surrounded by local advocates and I still had imagined myself growing up to be just like them. 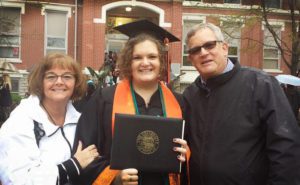 I graduated from The University of Findlay in April of 2016. While enrolled I quickly changed my major to social work, I aligned myself with a diverse community of students and I learned to question the status quo.

At 21, Steve Jobs started Apple. What was once entirely Microsoft-driven was being questioned and replaced with newer, personalized machines. Jobs had realized that he was equally as smart as those before him and, over the span of about 40 years, he had led Apple to becoming 2016’s third-ranked Fortune 500 company.

A wise, innovative man once said,

Your life is just to live your life inside the world. Try not to bash into the walls too much. Try to have a nice family life, have fun, save a little money.

That is a very limited life.

Life can be much broader once you discover one simple fact: Everything around you that you call life, was made up by people that were no smarter than you.

But you can change it.

You can influence it… Once you learn that, you’ll never be the same again.”

My adventure began simply with a phone call to State Representative Mark Romanchuk and an invitation to get coffee. While there, I told him that I could see potential for our city and I wanted to get further involved. He provided me with a list of about 20 local advocates and I began making phone calls that week.

By about my third phone call, I had already received a guided tour of downtown Mansfield (Jenni Paramore), an invitation to Mind Body Align Coffee Talks (Donna Payne), and a possible opportunity with Downtown Mansfield Inc. (Jamie Thompson).

My Intention: show up and lead

Since then, I led the movement to create an event in the Brickyard for International Overdose Awareness Day. I began participating in a variety of meetings and networking opportunities, and I accepted an AmeriCorps position serving with Downtown Mansfield Inc.

In addition, I was offered the opportunity to serve as a chair member of the Richland Young Professionals and was invited to participate on the board of the Starfish Project of Richland County.

Similar to when I was a child, I had taken everything I experienced as truth. A few years ago, I had never questioned a career outside of what I believed, as a woman, my life could be.

And last year, I began to question why Mansfield was never a consideration for where I could live after college. I had always been instructed to leave Mansfield and, unfortunately, the majority of my high school friends have moved or are intending to move away. But, since I have done the opposite, I am often confronted with the question:

Why are you still here?

So here is my answer: I am in Mansfield again because up until now, I knew nothing positive of my hometown.

I had once believed that Mansfield was a black hole and, once I settled, I could never leave. I had the perspective that I could never amount to anything here and I would have to move away to find opportunities or a successful career.

However, the sole reason I believed that is because I had grown up with it. I had heard someone say each of the statements above and, unfortunately, I took that to be true.

Mansfield is “The Field” of opportunity!

Until about seven months ago, when out of pure curiosity, I made a phone call and scheduled a coffee date. Since then, what I’ve realized is that Mansfield is great. It is full of opportunities, it is full of hard workers, and it is a community that, I believe, I could not find elsewhere. After three phone calls, I would have never been offered a personally guided tour of the city, nor would I have found the opportunities that Mind Body Align offers. And most importantly, I would not have had the opportunity to participate, hands-on, in the revitalization effort of my hometown.

While transitioning to where I am now, I kept saying that, eventually, if I remained active in the community, I would become a part of the circle of advocates. However, what I’ve learned, is that it isn’t a circle, or a clique or even a neighborhood. Rather, there is a community within Mansfield determined to maximize the city to its ultimate potential and they are always looking for more supporters to challenge, with them, the status quo.

Similar to the article posted two weeks ago by Jodie Perry, President of the Richland Area Chamber of Commerce and Guest Columnist for the News Journal. Jodie expressed that her hometown of Rochester, NY, experienced a similar period of struggle. However, with time and a change of perspective, they have revitalized. When she confronted her hometown for advice to help Mansfield, they responded with a “simple, yet groundbreaking response – they worked together, stopped accepting the status quo and took a few risks”.

Great things are possible and, with a beginner’s mind, there are many solutions. Please don’t encourage the youth to leave our city, rather offer to take them on a tour.

Show them the history and the resiliency of those who reside here, as well as the determination of those who are investing and looking to recreate.

Talk about the opportunities that Mansfield has, the cheap living options and the convenient location between Cleveland and Columbus. And lastly, show them a community that has been hiding in plain sight for years.

As a New Year’s resolution, find someone who has been entrenched in the negativity of Mansfield and, please, invite them to participate in something meaningful. Prove to them that, despite negative reputation, Mansfield is somewhere worth considering.

I am here because I believe in our city’s potential, why are you?

Traci returned to Mansfield after graduating from The University of Findlay with her Bachelor’s degree in social work. Upon graduation, she was recognized as one of five “Outstanding Undergraduate Students of 2016”, and was one of thirty women across Ohio invited to participate in the NEW Leadership program, sponsored by The Ohio State University. To date, Traci is an AmeriCorps Representative serving with Downtown Mansfield Inc. (DMI). Traci’s role consists of online and personal outreach, volunteer management and learning/sharing information regarding historic buildings in the downtown districts.